Destined For Scrap Twice, This Charger 500 Is A Collector's Item With A Racing History 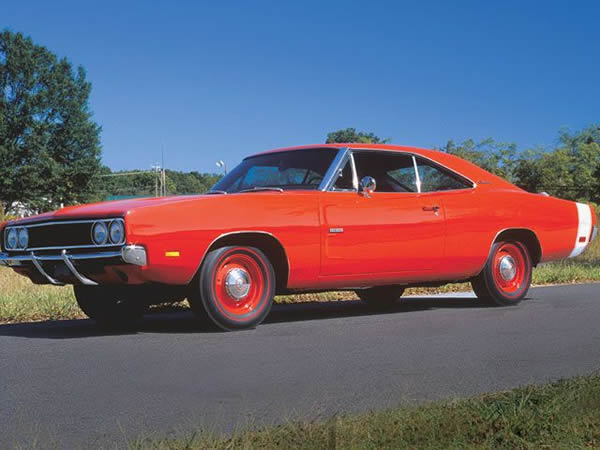 NASCAR racing in the late '60s and early '70s was marked by constant innovation. The race cars were not nearly as advanced as they are today, but they definitely had a lot more character-and they also had a real influence on what was driven on the streets. Those were the good old days when stock cars were actually stock. If you couldn't buy it off the showroom floor, you couldn't race it. That's why Dodge, in an effort to keep up with the more aerodynamic Fords, created the Charger 500 in 1969. Based on the '69 Charger RT, the 500 featured a Hemi engine, flush-mounted rear window, and a flush front grille. all this for the explicit purpose of producing greater speed-and better finishes. 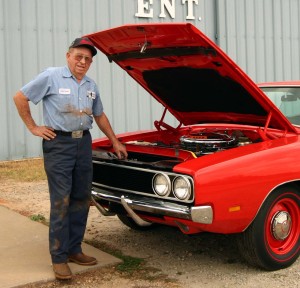 Lewis Summerville's '69 Charger 500 was one of the first produced, but it nearly met an untimely end on two different occasions before it was ever legally driven on the street. First, it was stolen from a dealer's lot in California. Fortunately, instead of wrecking the car, the thieves only took the engine and transmission, unbolting it cleanly from the chassis. Then, they simply left it sitting in a parking lot. Undamaged on the outside, no one knows exactly how long it sat unnoticed before the local authorities decided to check on the unclaimed Charger. Once the car was discovered, it was returned to Dodge sans the Hemi engine and transmission. But the company couldn't sell it and didn't exactly know what to do with it. One option was to scrap the car. instead, someone within the organization decided to call a friend and see if he would store the car.

That "friend" happened to be one of the great figures in Dodge's racing history. "Yeah, they called me and asked if they could bring it to my shop," explains Cotton Owens. Cotton is one of NASCAR's 50 greatest drivers of all time and was a team owner at the time. Owens operated a team with factory support from Dodge and Chrysler, and he was willing to loan the company a little shop space until they decided what to do with the crippled car. the Charger was fitted with a tow bar and dragged across the country from California to Owens' shop in Spartanburg, South Carolina. "So the car sat here a little while," Owens continues in his matter-of-fact manner. "Finally, they called me and said they needed it up in Detroit. It wasn't my car, so I took it up there to 'em." 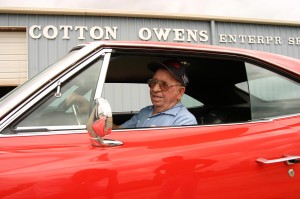 Creative Industries, Dodge's hired gun for racing research and development, needed a car for wind tunnel testing. It turned out the Charger 500 was suitable on NASCAR's shorter tracks, but the car's boxy shape still left the car at a disadvantage on the series' two biggest circuits: Daytona and Talladega. Dodge, Chrysler, and Creative Industries had come up with a plan to modify the cars to make them aerodynamically superior over the competition. They were creating what eventually became the Dodge Daytona and Plymouth Superbird, but it had yet to be tested in the wind tunnel. The Charger in Owens' shop made a perfect test mule. This Charger 500 was one of at least two to be used in that wind tunnel session to develop the Daytona/Superbird. Engineers modified the front end to accept the pointed nose cone that has made the Daytona immediately recognizable. It wasn't, however, fitted with Daytona's signature rear wing. (Apparently, the original plan included just the nose cone, but it caused so much front downforce it made the rear end light. The rear wing was added later to balance the car.) Once the engineers at Creative Industries finished the session, they removed the nose cone, as well as the front fenders and hood, reducing the car's value even further. once again, the 500 avoided the scrap heap. 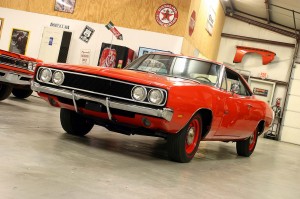 According to Cotton, "A few weeks after I dropped the car off, they called me back and said if I wanted the car I could have it. They said they'd sell it to me for three or four hundred dollars-I don't remember exactly how much anymore-and I told 'em I'd come get it. I had a couple of brand-new street Hemi engines and transmissions laying around the shop, so I put one in. It wasn't any trouble, whoever had stolen the car had taken the engine and transmission out as pretty as you please. All the lines and hoses were still right there." Cotton continued, "Then, I guess about a month after they sold me the car, they told me to go down to Charlotte, North Carolina, and get a load of sheetmetal. Back then, we raced the stock sheetmetal, and we were always tearing up fenders and stuff. When I went to get more sheetmetal for my race cars, they had fenders and hoods the same color as the Charger, so I got them. I put them right on the car and didn't even have to paint it. And that's the way it is today." 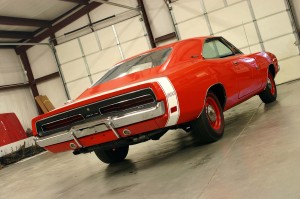 When the Charger was finished, Owens gave it to his son, Donnie, who only drove the car for a short while before it was sold to Joe Littlejohn, another Winston Cup racer and a family friend. Littlejohn, who according to Owens was notoriously tight with his finances, gave the car to his son to drive, but never quit chirping to Owens that he had paid too much for the car.

"Joe Littlejohn was accusing me of overselling the car to him," Owens continues. "I told him I would buy the car back from him, and if anything I had sold it too cheap. I said, 'Listen, that car will make you money any day of the week. All you've got to do is let it sit.'" But Littlejohn wouldn't listen. According to Cotton, "This went on for about a month, and then a gentleman from Tennessee called and asked if it was for sale. I told him 'yeah', and he said he would be down to see it that Saturday. I called Littlejohn and told him, 'Look, a man is coming to see your car. The price is $3,500. That's a profit, and don't take anything less than that.' 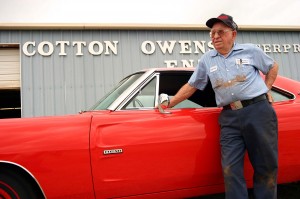 "They didn't show on Saturday, but they called Sunday morning. It turned out he had gotten snowed in while in Asheville, North Carolina. He wanted to know if he could come down that afternoon. So he came, and I hauled him over to Littlejohn's to see the car.

"Littlejohn's shop was in the basement of his house, so we went through the house to see the car. When that fella saw it, his eyes got about this big (Owens holds his hand apart the approximate width of a hubcap) 'cause the car was just beautiful. There wasn't a scratch on it. Anyway, he said he'd like to buy it, but he'd have to go get a check to pay for it. I thought the deal was done," Owens says with a growing smile. "But then when we were walking back up the stairs, Littlejohn says, 'I'll tell you what. If you want the car I'll go ahead and sell it to you for $3,250.' I could have kicked him right back down those stairs!" 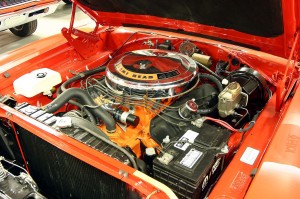 The buyer that Sunday afternoon was Lewis Summerville, and he's owned the car ever since that fateful day in 1971. A true Mopar enthusiast, Summerville has kept the car as-is all these years, until he brought it to auto restorer Lee Hodge to be freshened up recently. It was sort of a homecoming for the 500, since Hodge's shop (Hodge Restorations) is located in Owens' backyard. Hodge and his two-man crew (brothers Trey and Shannon Bogan) spent two-and-a-half months bringing the car back to the luster Summerville first found in Littlejohn's basement shop. Besides specializing in classic Mopar restorations, Hodge is a longtime friend of Owens (who, despite being in his '80s, still works everyday in his salvage yard) and knew about this Charger's special history when Summerville brought it to his shop. Hodge completely stripped the car, repainted it, and painstakingly put it back together, all the while uncovering more clues to its past. 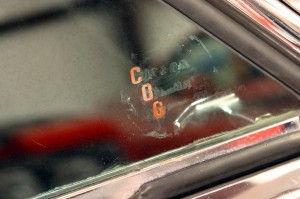 For a car to be legal for NASCAR competition, a manufacturer had to produce at least 500 of that specific model for sale to the public. That number was too low to be cost efficient for assembly line production, so Dodge hired Creative Industries to take cars that were basically RT models and convert them to Charger 500s. the unoriginal designation for this new model was "500." A window plug was welded into place to produce the fastback glass, and a new grille was installed flush to the front of the car to improve aerodynamics. The fastback significantly shortened the rear deck, so although the trunk was kept, it had to be cut to fit the much smaller opening. 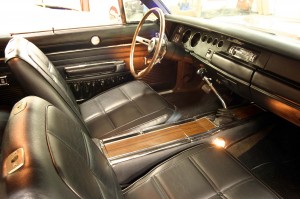 "I'd heard that the work at Creative Industries was done hard and fast," Hodge says, "and, on this car at least, that was apparently true. When we removed the rear seat, I found pieces of glass. instead of removing the back glass, they must have just busted it with a hammer and then swept it up as best they could. Also, when a car came in to become a Charger 500, Creative Industries jerked the seats out and stored them. when a car was done, they just grabbed whatever seat was on top of the stack and used it. The front seat of this car had a broadcast sheet from a car built six months after this one, so it had to have sat at Creative Industries for a while. The broadcast sheet found in the back seat actually goes to a Daytona." 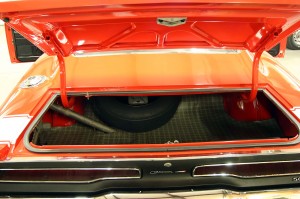 Those were just the changes made during the Charger's first trip to Creative Industries. Remember, after it was stolen and stripped of its engine and transmission, it eventually found its way back to the Detroit shop to be fitted with a prototype Daytona nose for wind tunnel testing. To get the new sheetmetal to fit, Creative Industries engineers had to cut and narrow the radiator supports. This is evidenced by two braces bolted into place on the supports. Other holes were cut in the supports to bolt up mounting brackets, and those too are still in place. Because Owens, the car's original owner, lives so close by, he was able to vouch that these modifications were a part of the car when he purchased it. The best part about the restoration, is that so little had to be done. Summerville knew the value of this Charger's history and kept the car protected from the elements all these years. "The car was completely original when I got it," Hodge says. "Everything that had been done to it prior to when Cotton had it was still there. And the engine and front clip that Cotton put on it hadn't been touched, either."

The focus of the restoration was to keep as many of the original components as possible. Only the headliner, seat covers, clutch, and window gaskets were replaced-even the glass is original. The engine has been refreshed, but the exhaust system was kept intact because it still has the racing headers that Owens installed when he put in the Hemi. On the exterior, only the paint is new-all the Hemi emblems and chrome are original survivors.

Now that the car has been returned to the condition it was over 30 years ago when Owens first sold it to Littlejohn, there is no doubt it is a long way from the scrap heap. instead of just one of 500, this Charger is one-of-a-kind.