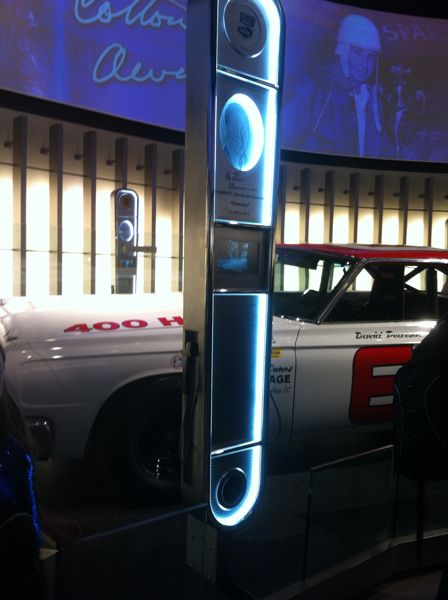 By the time car owner and driver Cotton Owens was voted into NASCAR’s Hall of Fame during May 2012, a series of strokes had left him unable to speak.

Owens watched the voting results on television with his family from his home in Spartanburg. “We had all been disappointed before,” Don Owens, Cotton’s son, said during an interview. “We didn’t know what to expect. But when Brian France announced that he had gotten in, he was visibly happy. That was the first time I had seen him smile in a long, long time.”

That night, the other two men with Spartanburg roots already in NASCAR’s Hall – Bud Moore and David Pearson – came to celebrate with Owens. That meant a lot to Owens, who made his biggest mark in stock-car racing’s top level as a do-it-yourself owner and mechanic back in the days when car owners had grime under their fingernails.

That day last May was one of the last great moments of Owens’ life.

“He couldn’t talk,” said Moore, a close friend who ate lunch almost every day with Owens at a Spartanburg diner from 2000 to 2012. “But he was grinning from ear to ear.”

Owens died two weeks later on June 7, at age 88, from complications from cancer and his strokes. His wife, Dot – a major part of the family racing business and always her husband’s biggest cheerleader – already had passed away. The two were married 66 years; their deaths were separated by only two months. The rest of the Owens family will celebrate this week in Charlotte, as Owens officially is enshrined Friday in NASCAR’s fourth Hall of Fame class along with Buck Baker, Herb Thomas, Leonard Wood and Rusty Wallace.

“Look up the definition of ‘nice man’ in the dictionary and you will see Cotton Owens’ picture,” said Buddy Baker, one of more than 20 drivers who drove for Owens. “And he could build every single part of a race car himself. So everyone who worked for him would walk through fire for him.”

Although Owens’ first name was Everett, no one called him that. Born in 1924 in Union, S.C., as a child he had blond hair so light it was almost white. Someone called him “Cotton” and the nickname stuck so thoroughly that many of his friends didn’t know his real name.

He and Moore went to high school together in Spartanburg – Moore was one year ahead of Owens in school. “We ran around some and raced some against each other before World War II,” Moore said.

Owens served in the Navy, got out and became known as the “King of the Modifieds,” winning races as a driver on short dirt tracks all around the Carolinas.

Those races left red clay spattered all over the cars. And Owens had a steadfast rule, both as a driver and later as an owner.

“It didn’t matter what time you got home after a race,” said Don, who not only was Owens’ son but also worked for his father for decades in the family’s race shop. “Midnight, 2 a.m., whatever. The car was going to be washed before it got pushed into the shop.” 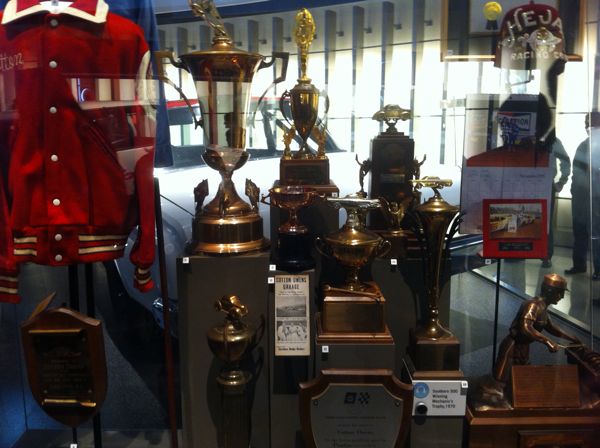 Moore’s best season as a driver in NASCAR’s top series was in 1959, when he finished a close second to Lee Petty in the standings. By age 38 he had mostly retired as a driver, but based a successful race team out of his Spartanburg shop. In 1966, he fielded cars for Pearson, also of Spartanburg, and won the season title in NASCAR’s Cup Series. Owens never got rich racing, but he made ends meet.

“And when you do something you love to do and can make a living,” his son Don said, “that’s about as good as it gets.”

Cotton Owens also prepared cars for drivers such as Junior Johnson, Fireball Roberts, Ralph Earnhardt and Buddy Baker, who won the 1970 Southern 500 in Darlington, S.C., in a Dodge in what Owens considered one of his biggest victories as an owner.

It was in that race that Owens’ gentlemanly demeanor faded a little. Said Baker: “Like all smart-aleck kids, I thought I couldn’t do anything wrong. I had a huge lead, like around five laps. So to show off a little, I came off the fourth turn, cut it sideways and smoked all four tires. Cotton told me right after that: ‘If you wreck this car with that kind of lead, I’ll kill you.’ ”

Later in his life, Owens drew immense pleasure in fielding cars for three grandsons, all of whom raced during their youth. He and his family also ran a big auto salvage yard, which remains in operation in Spartanburg.

Always, Owens’ work ethic was unimpeachable. Said Moore of Owens: “He done the work like it was supposed to be done.”

And even though Owens’ failing health left him speechless the day he got elected to NASCAR’s Hall of Fame, his work on the track spoke loudly for decades – and still does.