Grand National 1950's racing fans can now see all the highlights of the memorable 1957 NASCAR Daytona Beach race, now made available on video by "Rare Sportsfilms"! Great shots of the old beach and road course, racing personalities, the drivers and cars of the era, all in beautiful COLOR make this 29-minute tape a must for fans of racing on the sands of Daytona! 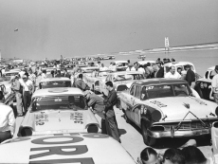 Scenes of the NASCAR Inspection Station show the cars of Goldsmith, Tiny Lund, Billy Myers, Marvin Panch and Curtis Turner. Ray Nichels, the car builder who helped bring Pontiac into NASCAR, is shown at his Speedweek headquarters at the Stephens Pontiac garage in Daytona, where both of his red '57 Pontiacs are being prepared for drivers Banjo Matthews and Cotton Owens. The color cameras next take you back out to the beach for qualifying and Goldsmith, Turner, Darel Dieringer, plus the Nichels Pontiacs of Cotton Owens and Banjo Matthews are all shown in action. Banjo wins the pole and starting beside him is Jack Smith. Owens starts third with Fonty Flock in the #18 Bill Stroppe Mercury fourth, while Tiny Lund starts fifth with Dieringer alongside. 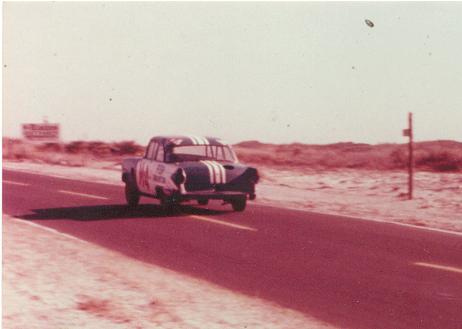 By the end of the first lap Owens has taken the lead, with Paul Goldsmith, who starts in 18th position in Smokey's #3 black '57 Chevy, moving up fast. The first car out of the race is Bob Duell, shown running up the bank in the south turn! Goldsmith takes the lead from Owens briefly at the 40-mile mark, but Owens is back in front the next time around! Goldsmith takes first again when Owens makes his only pit stop after 94 miles. Cotton gets back out in a little over a minute to try and chase down Goldsmith, who must soon come in, himself. Great camera work shows the pit stops of top contenders Goldsmith, Owens and Flock, with car builders Nichels, Yunick and Bill Stroppe all in action! Goldsmith's stop is quicker than Owens', and he keeps the lead in the late stages of the race. Meanwhile other drivers are shown having their problems. Darel Dieringer and Rex White crash in the north turn! Frank Schneider's #45 Babb Chevrolet ends the race stalled in the south turn. Lem Svajian misses the north turn altogether and runs through the safety markers! During the race, you'll also see great driving by Dick Beaty, Fonty Flock and Fireball Roberts. 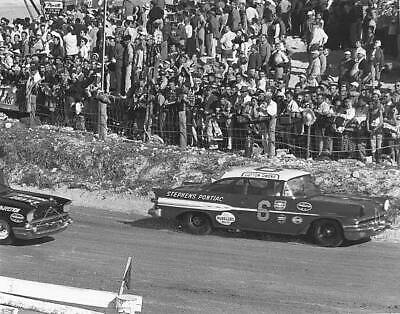 With 36 miles to go the complexion of the race suddenly changes when Goldsmith's Chevy burns a piston! Owens' #6 Pontiac has been pressuring Goldsmith all the way, with Fonty Flock, in the #18 Stroppe Mercury in third place. Cameras follow the black #3 into the pits where Smokey raises the hood to find Goldsmith's day has ended. Owens again has the lead and soon after takes the checkered flag, giving both himself and Pontiac their first win in NASCAR history! 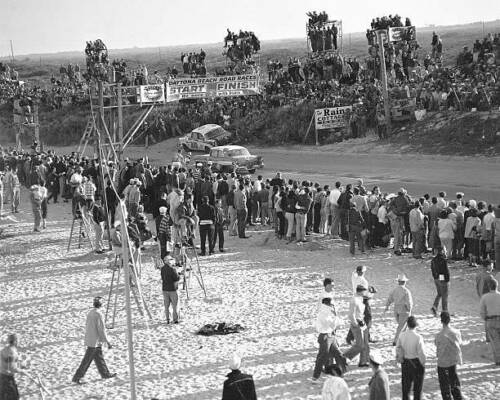 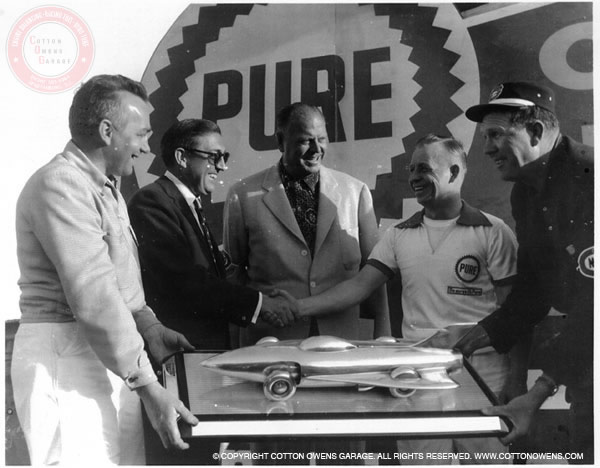 Cotton Owens becomes the first driver ever to win a Grand National race at more than 100 MPH and his average speed of 101.541 MPH is still a record for the old beach and road course at Daytona! 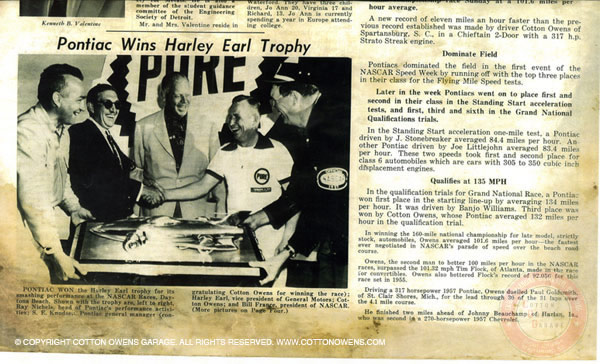 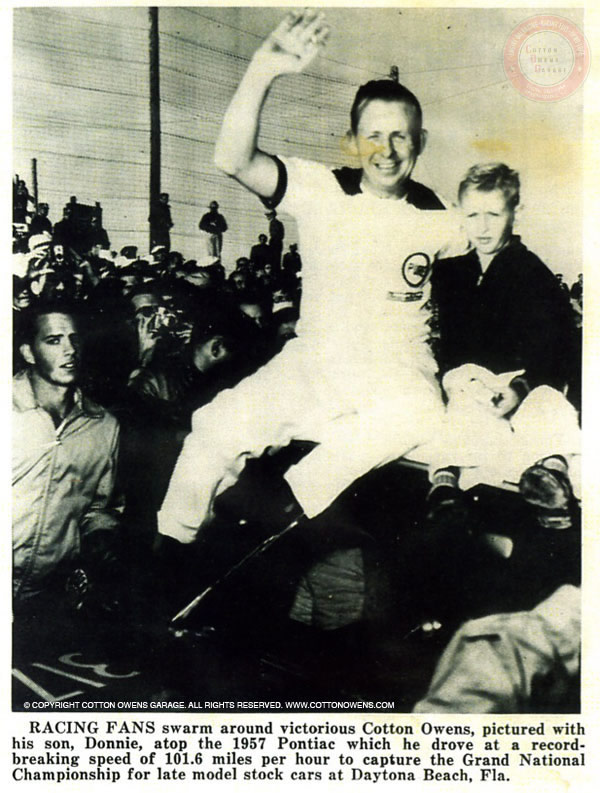 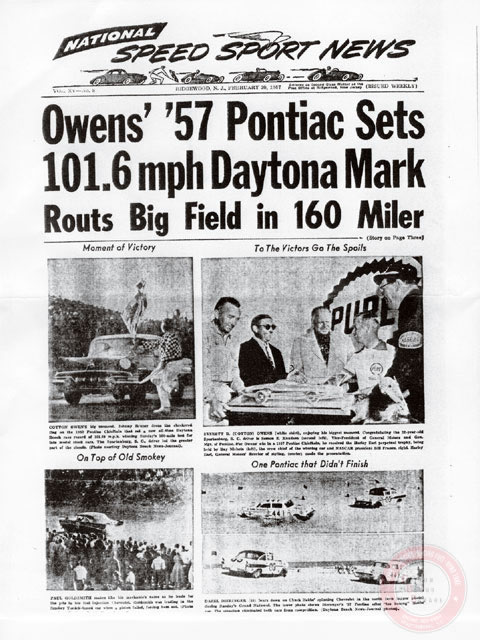 In the tradition of other racing videos from Rare Sportsfilms, Inc., nothing of this crisp picture sharpness and color quality has ever been offered before on video! To get your copy of this historic race, now on high-quality COLOR DVD, send $24.95 + $5.00 for shipping and handling (Illinois residents must add $2.00 tax) to: