IN LOVING MEMORY OF MY GRANDMOTHER

The First Lady of Racing. 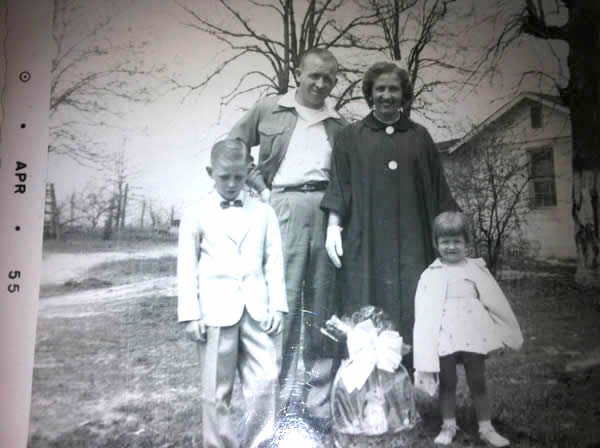 "I met Dot when I think she was dating somebody else. I ran him off! That was in 1946. Latter part of 1945 I had just got out of the service. I was in the Navy for a little over two and a half years. Wound up, this race car we built after Gober Sosebee's deal....well, Bud Moore and Harold Ballard, who was the manager where we were working, they took that race car up to Hendersonville. So I lit out after we closed up and it was one o'clock on a Saturday and I had to run myself to death to get up there. I went in and parked and was walking out through there and here comes Bud and Harold up through there and I said, "Where you all going?"  He said, "We're going to get a professional race car driver to drive this car."  And I said, "Not until I've had my chance at it."  Well, I put that thing on the pole, would you believe that? I won the first heat. Don't believe I won the second one. I lit out, I was leading the race and the cussed switch fell off with, I guess, about five laps to go. That old '37 Ford just died right down. I finally figured it out and kicked it back on in time and I was in third place to win. I got the second place car, went back up beside the lead car and the flag fell but I ran second. But I got a little change and I went back in--you know, change was hard to come by. And I just washed my face and I was still red. I went in the house that night and said, "If you don't mind, I'm going to have to borrow some money. I need to go buy me a little better car." Momma said, "He ruined that race car!"  And she [Dot] said, "Take me home!"